An Interview with Renee Chelian, Founder of Northland Family Planning, On Roe and Wedding Anniversary! 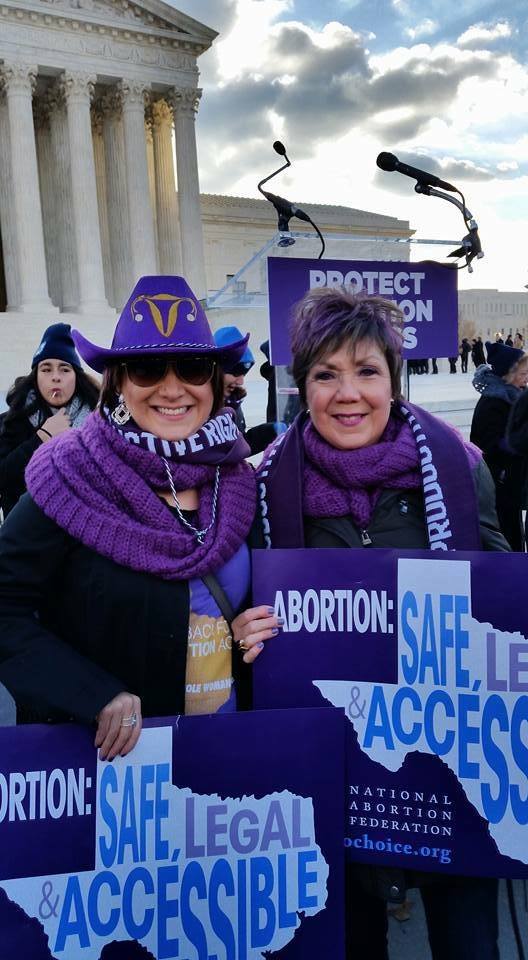 Today is the 46th anniversary of the Roe v. Wade Supreme Court decision, which recognizes that a woman's choice whether to have an abortion is protected by her right to privacy. Abortion supporters celebrate this decision as, not the day abortions became available, but really the day women stopped dying from illegal, unsafe abortions. Roe v. Wade protects a woman’s right to choose abortion across the country. Previous to this landmark decision, abortion was only legal in 20 states (and in most cases dependent upon a special circumstance).

It is no understatement to say that Renee Chelian, Northland Family Planning Center’s founder, is a pioneer in the abortion rights and care movement, from even before 1973. We interviewed Renee today, to honor both her hard work and dedication to women, to celebrate this anniversary, and to celebrate her wedding anniversary!

I worked for a private physician that had an office in Highland Park, Mondays - Thursdays. On Friday mornings, at around 4:30 AM, we would fly to Buffalo, New York out of the Pontiac airport.  The doctor had a car parked in the airport hanger and we flew in and drove to the office in Buffalo.  Of course, on the rare occasion that the airports were closed because of weather, we left in the middle of the night and drove.  The drive from Windsor to Buffalo is treacherous and it took hours.  But patients always made itand usually were at the office before we were.

It was my first wedding anniversary and we wanted to go out and celebrate. I can’t remember where I was only that we were making plans with the physician to move the office from Buffalo to Detroit and how fast could we get that set up.

My friends and I were very young-- this was 2 months before my 22nd birthday. Mostly my friends would tell other people about my work, like “guess what she does.” They were very proud. My colleagues --that was a small crowd and mostly not mine but the physicians. The attitude among doctors and nurses at the time was that the doctor who was providing abortions was a HERO. And many, many young doctors wanted to work providing abortions.

There was not a sense of “our work is done” because most of the people I knew were not political. This was a medical issue of safety and life saving health care for women.  It was a couple of years before we had those kinds of political discussions.  Michigan had a referendum on abortion rights in November of 1972 and right up to the election all of the polls showed we would win.  Right To Life came out with a strong, well-financed campaign shortly before the election, and we lost. I did join a group for legalization of abortion that organized through the Birmingham Unitarian Church. But my life was working Monday- Thursdays, 10 hour work days. And spending Fri, Sat and Sun in Buffalo, flying home when we saw the last patient on Sunday.  That time was determined by the number of patients and was usually not an early day. My focus was on caring for women who needed abortions.

We are proud of all that we have created. Abortion is the safest procedure done in this country.  We have lead the way in not only safe first trimester abortion, but second trimester abortion as well. We have pioneered informed consent for patients, keeping costs down and quality and safety up.  We are the ones who have broke new ground, advancing our field of care, including medical and social science research and counseling.  We have become strong advocates to fight and protect reproductive healthcare. And we have challenged laws that were designed to make access more difficult. However, we are unsure what the future looks like for abortion care. Independent Providers are making plans now on what to do should Roe be overturned or access limited by stricter laws that could be upheld.

LOBBY!  That means talk to your friends, family, and ALLof your elected officials, about the importance of safe and legal reproductive healthcare. VOTEand vote for candidates that will protect abortion rights. This means being a single-issue voter, perhaps for the first time in someone’s life. But the anti-abortion folks have been doing this for years and it has worked in their favor.  Vote as if your life, or someone you love’s life, depends on it...because it does.

Eddie and I got married Jan. 22, 1972. It is a total accident, or as I like to think, serendipity. However, we have never ever had one single anniversary that is just about celebrating us. We have been to many Roe celebrations and many more times we have been to the clinics for fear of violence. We need to be there to support our staff and volunteers on this day. Many of the Roe anniversaries have ended up with anti abortion violence of an extreme kind. So Eddie and I focus on supporting our staff, volunteers, and patients. It’s where we are meant to be.

Renee, on behalf of all of the thousands of women and families you have served over these many years, your staff and friends, we say THANK YOU and Happy Anniversary! 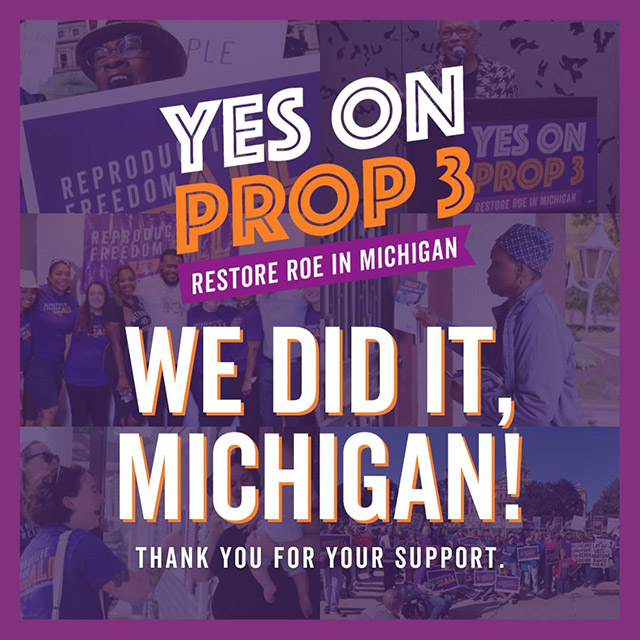