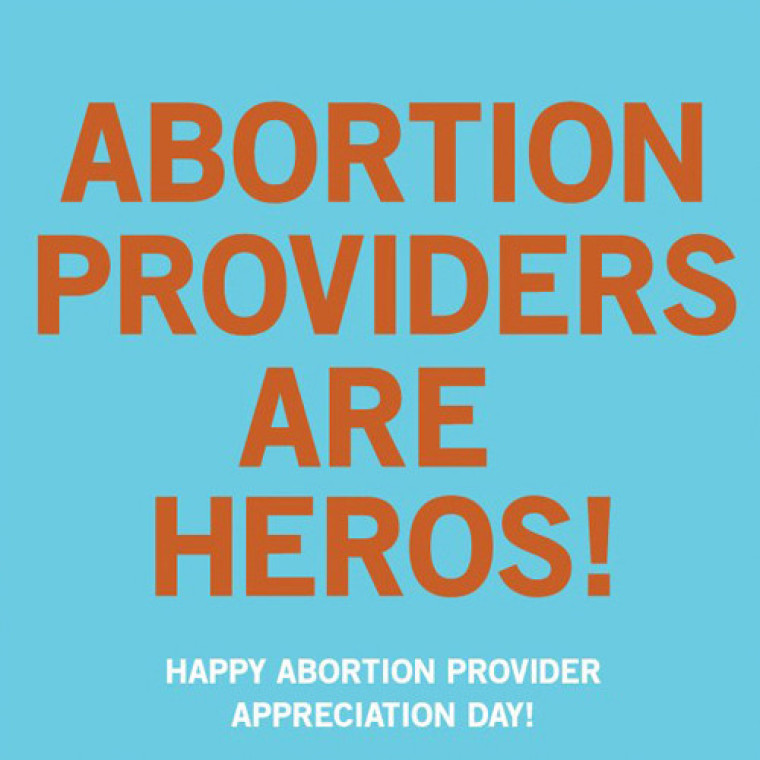 Every year on March 10 we celebrate Abortion Provider Appreciation Day. It is a special day to show our thanks and gratitude to abortion care staff, providers, administrators, and anyone who works tirelessly to provide patients with abortions or abortion-related care. Without fail, abortion clinic staff and providers show up for work, with full knowledge and understanding of the very real threats they face every single day, in order to open those clinic doors and make sure that their patients are able to have the abortions they want.

This is no small feat.

But providers do so much more than that. Who is on the front lines in State Legislatures around the country, in courts and at the Supreme Court, fighting tooth and nail to make sure abortion remains legal and access is expanded? It is abortion providers.

Who is challenging every single state law passed that makes accessing abortion increasing more difficult for pregnant people than it already is? Abortion providers.

Abortion providers are out there fighting for YOU. Fighting for your rights and your access to abortion. They deserve our thanks today, and every single day of the year.

On March 10, 1993, Dr. David Gunn was arriving to work at his newly opened Pensacola, Florida abortion clinic. Dr. Gunn commuted to this clinic, and several others in the South, from his home in Eufaula, Alabama, 200 miles away. Having to navigate through a protest outside the clinic, he parked his car and got out to go into the unmarked back door of the clinic. That is when a man stepped forward from the crowd and shot Dr. Gunn in the back three times.

In 1996, the Refuse & Resist! Reproductive Freedom Taskforce organized the very first Abortion Provider Appreciation day. Their aim was twofold: “1) to hearten providers with positive public support and 2) to strengthen the movement by forging stronger links between activists and providers.” And while the first event was small, on March 10, 1998, the fifth anniversary of Dr. Gunn’s death, the day was planned as a huge event, and it has been celebrated ever since.

As an abortion provider in Detroit, I can tell you our staff looks forward to Abortion Provider Appreciation Day. We receive postcards, treats, and other special notes from people who support our work. It is so important, and it is so necessary to help feed our souls. We do this work because we passionately believe in reproductive FREEDOM for every single person. Often, it can feel thankless. We risk our safety for others, and we are demonized in the national media, and by the protestors outside our doors. But we know in our hearts, every single day we CHANGE LIVES. We help pregnant people regain control, regain power, and feel confident in their ability to make choices. We do this with compassion, heart, and joy. We thank you for letting us care for you. We cannot imagine doing anything else.

Abortion is still legal in Michigan under a court order. On June 24, 2022, the Supreme Court overturned Roe v. Wade. However, there are still temporary legal protections in place in MI.

We are open and legally seeing patients for abortion care. We still need to do all we can to KEEP MICHIGAN A SAFE STATE!

WE TRUST PREGNANT MICHIGANDERS – WHO DO YOU WANT TO DECIDE? You or some politician? ACT NOW.

A dedicated group of individuals and organizations, including Northland Family Planning Centers, have been working on a ballot initiative to amend the Michigan Constitution to protect a wide range of reproductive health care, including abortion. Every person should be able to decide whether or when to have children so they have control over their health and economic security.

If you ARE registered to vote in Michigan, you can sign a petition at any of our offices or go to the website, mireproductivefreedom.org and sign up to find out where you can sign one in person (electronic signatures are not allowed).

The first important step is gathering signatures and we need yours! It may not be you, but someone you love may need an abortion in the future. Let’s keep our community safe by protecting their reproductive freedom.

Head to, mireproductivefreedom.org TO FIND OUT HOW TO SIGN A PETITION, VOLUNTEER AND DONATE (ANY AMOUNT IS APPRECIATED – small amounts add up!)

If you are NOT registered to vote and reside in Michigan, scan the QR code on your phone below and follow the instructions to register. After it is confirmed that you are registered, you can immediately sign a petition! 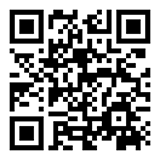